TAGINE SA’s mother is Jenna van ’t Meulenhof’s (she was born in 2009, member of BWP 69) whose sire is Diamant de Semilly. Diamant and his rider Eric Levallois contributed to the success of the French team with gold medals during the World Championship in Jerez de la Frontera and silver medal during the European Championship in Donaueschingen

Alongside these splendid team results, he won several international Grand Prix. In the most recent WBFSH ranking for the best suppliers of showjumping horses Diamant de Semilly is ranked fifth. Her sire Taloubet Z has earned over € 2,000,000 and has won just about anything there is to win, from 5* GPs, World Cups to Nations Cups. He was also ridden by a French rider, Gilles Bertran de Balanda at the level of 1.60m. 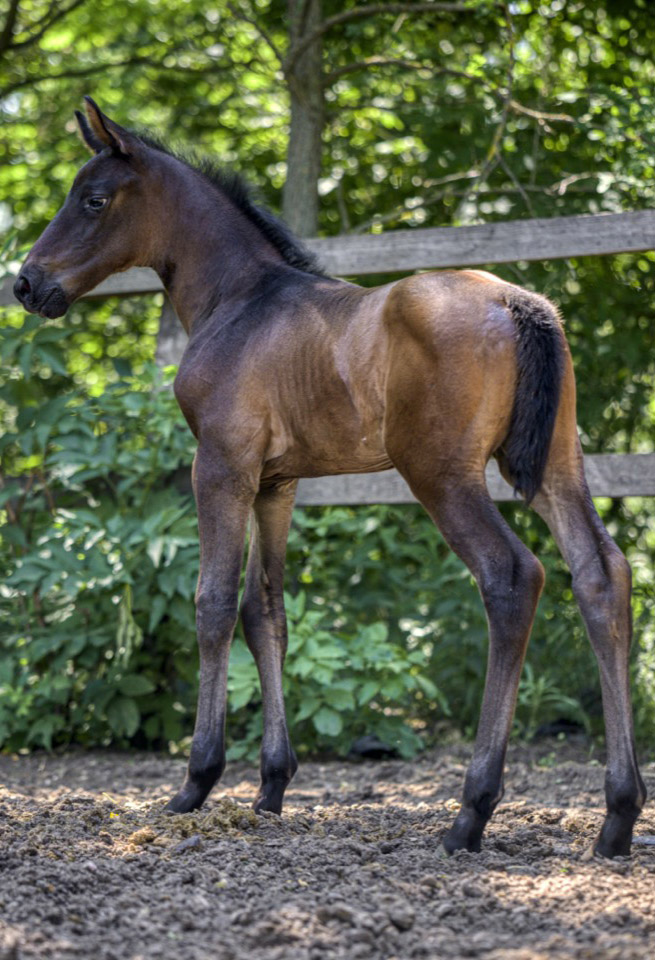 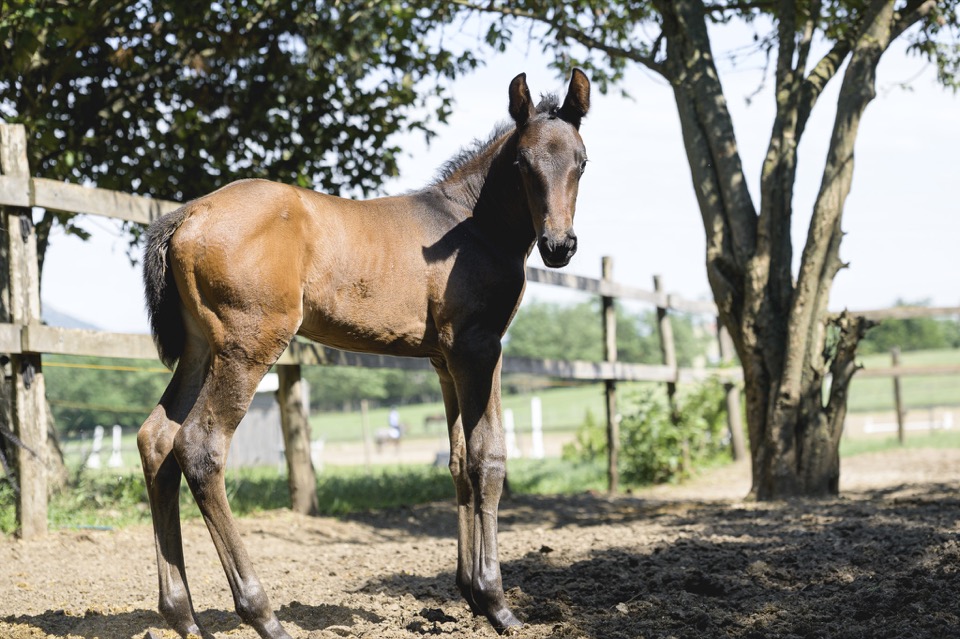 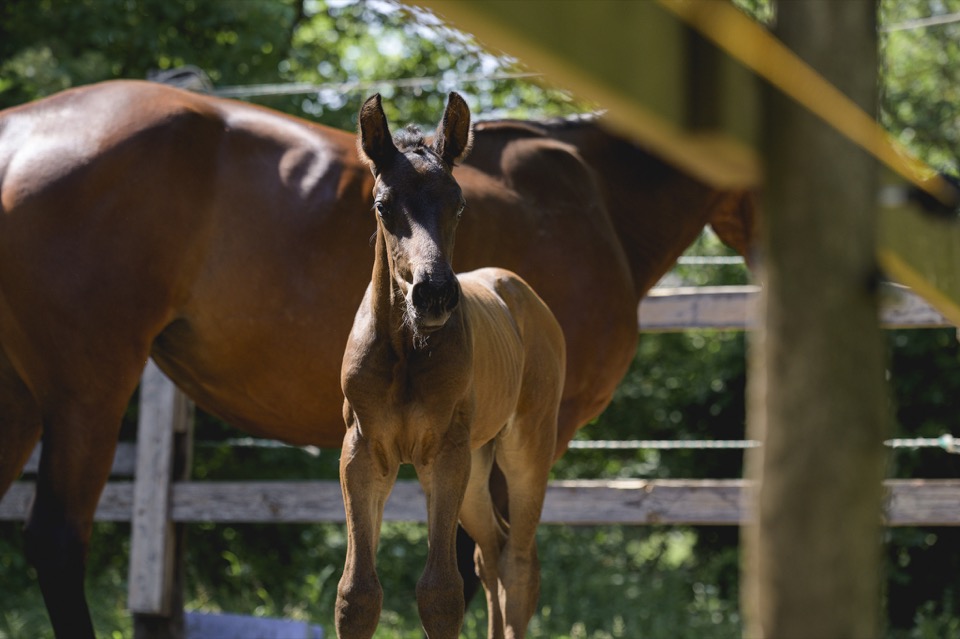 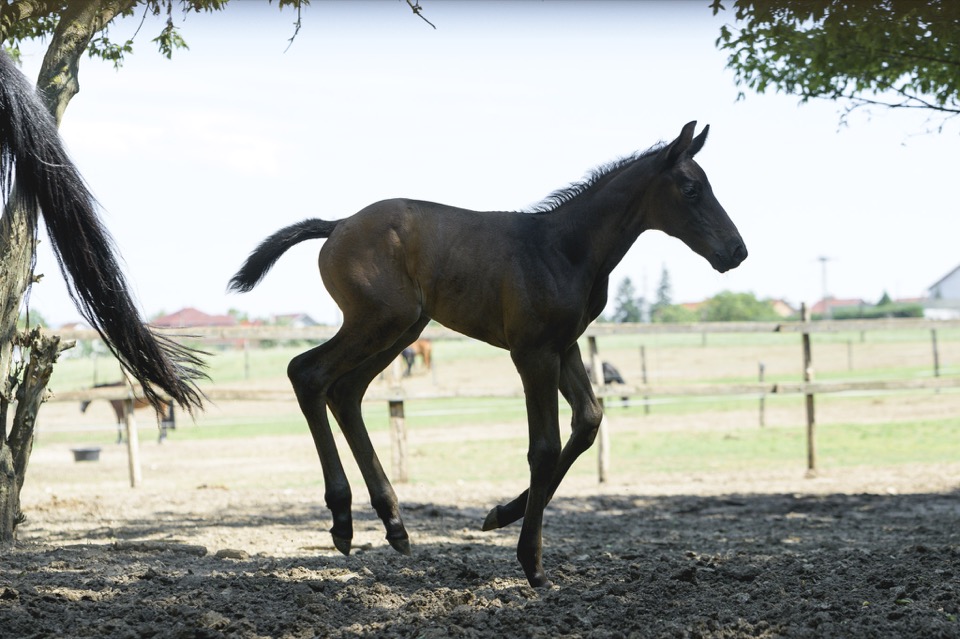